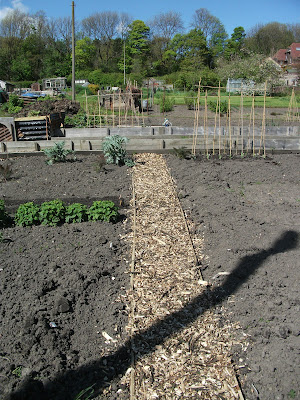 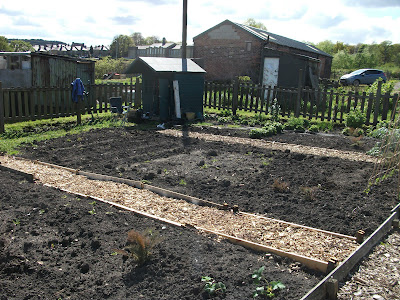 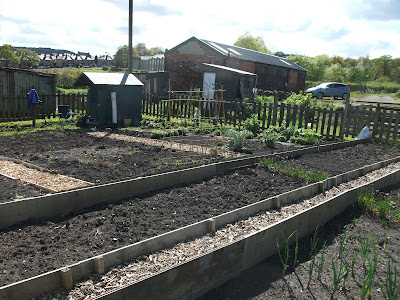 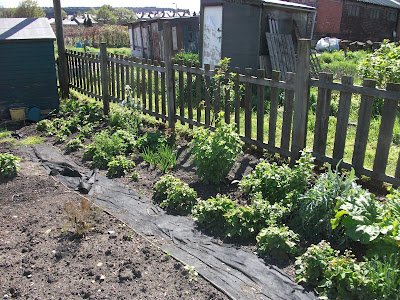 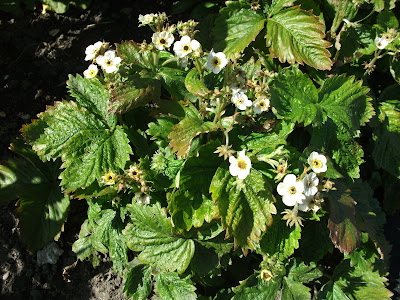 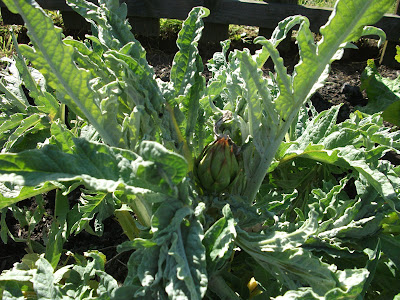 Its also a relief that my potatoes are starting to come through now. Just starting to peep out.
I also planted some sweet peas, some gladioli and some peas to replace the ones that the slugs had eaten. I just generally tidied up the plot and did some strimming of the edges which are getting a bit overgrown.
I came back home glowing, its just great to feel the warmth of the sun for the first time in a while.
By the way the two ducks that I showed a picture of, in my last post, that were making a home in my local park last week have been joined by another male duck so now a little threesome. They seem like a permanent fixture there now.
Posted by Annie_H at 19:59