My allotment is filling up.

Things are taking off at the allotment and not just the weeds.
I've been busy planting things at the allotment and my two main raised beds which I'm going to rotate are nearly full. I've recently planted leeks for winter, some squash and courgettes, tomatoes, sweetcorn, dwarf beans, cucumbers and celeriac.
So the two beds are split into two, the first half of the bed has garlic, onions, shallots and leeks and then next half of the bed has radishes, carrots, beetroot, parsnip, celeriac, chard and spinach. 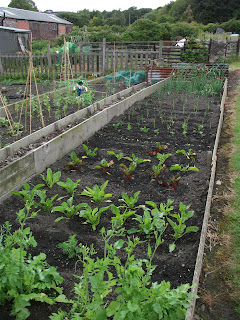 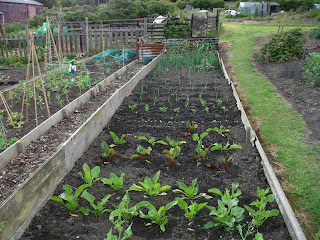 In the next raised bed in one half are the legumes, peas (purple-podded and normal), broad beans, runner beans and Borlotti beans. in the other half are the brassicas, I've planted some cabbage, some calabrese, some brocolli and kale. The plants that I covered with netting are growing well again so it was definitely pigeons and not slugs that were doing the damage. 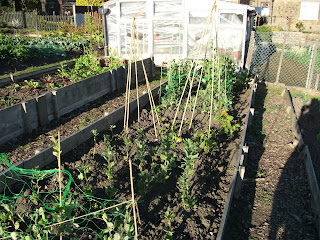 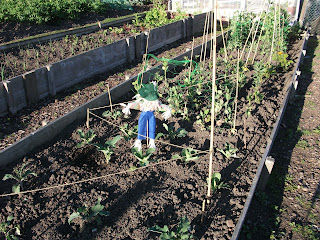 Then I have dug over the big bed in the main area of the allotment, have planted some flowers, sweet peas, cerinthe, Ammi majus, marigolds, Nicosanda and Nigella. In the other side I've planted some more veg, so I've planted Sweetcorn, squash, courgettes, more Kale, tomatoes, dwarf french beans and cucumbers. 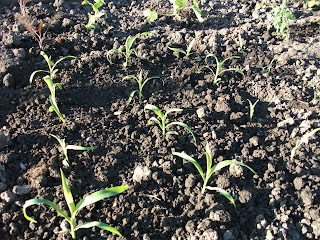 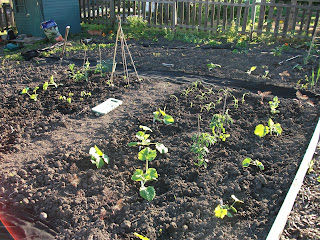 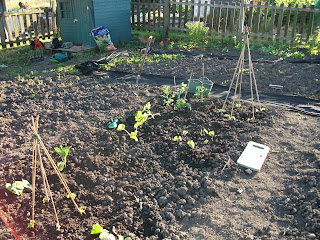 Email ThisBlogThis!Share to TwitterShare to FacebookShare to Pinterest
Labels: allotment