I've not posted on my blog for a few weeks, for a couple of reasons, I had a terrible stomach bug which knocked me back for nearly a week. Terrible, I don't want to go through that again. Unfortunately it coincided with my other half, Martin's big birthday but I recovered just as we were due to go away for a few days, which is the second reason why I've not posted for a while. The break was well timed though as we both had a much needed rest. It was a bit of a last minute booking, we decided to go up to Scotland to try and catch the last of the snow, so Martin could do some snowboarding and I could do some walking. So whilst I'm catching up on reading my favourite blogs most of you have been making the most of the mild weather and getting going in the garden and at your plots. However, the mild weather was not good for us and unfortunately the Cairngorm mountains were severely lacking in snow, so no snowboarding for Martin. If we'd have gone the week before we'd have been OK, but the mild weather and the rain has caused most of the snow to melt. But we got out and did some good walks instead. This is the Cairngorm range from Loch Morlich. 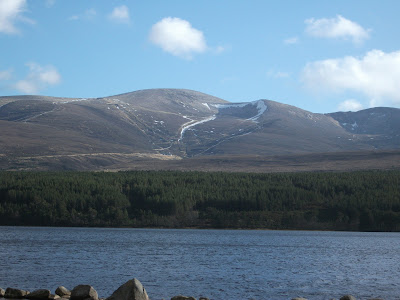 We stayed in Aviemore which is in the heart of the Cairngorms National Park. I just wanted to share a wonderful place, Loch an Eilein, it is within the Rothiemurchus estate, one of the largest surviving areas of natural forest in Europe. The ancient Caledonian forest used to cover most of Scotland but now only around 1% remains and is home to some specific wildlife not often found elsewhere in the UK. Such as red squirrels, crested tits, crossbills, capercallie, wildcats, pine martens to name but a few. It is largely Scots Pine, Birch, Rowan and Aspen. According to Rothiemurchus website the average age of the majestic Scots Pine trees is over 100 years old and some over 300 years old. Loch an Eilein (loch of the island) is a beautiful loch within the forest, with a 13th century island castle. 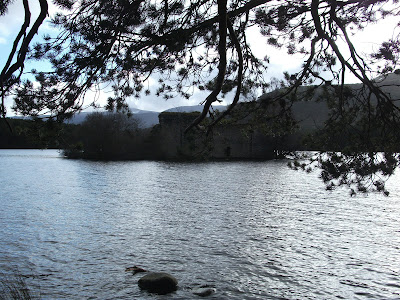 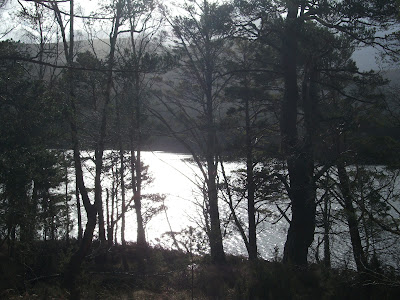 You can walk round the whole loch. 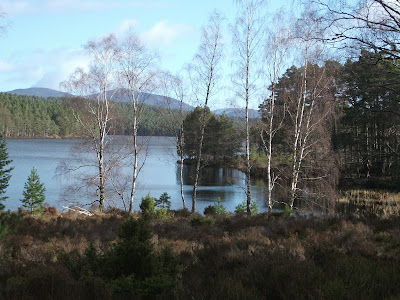 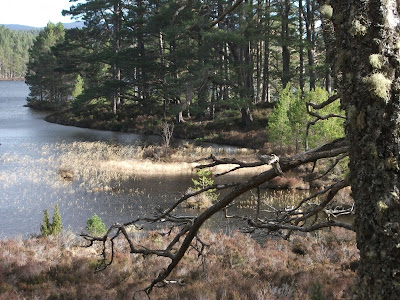 But for me the trees are the stars of the show. 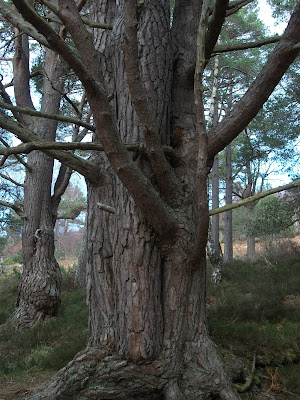 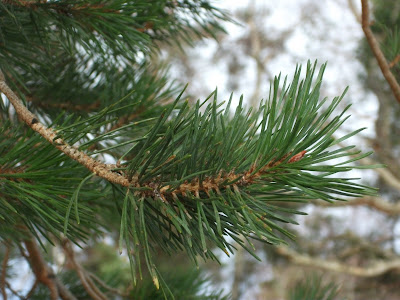 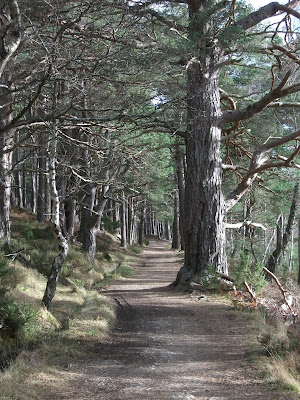 The bark at times encrusted in lichens. 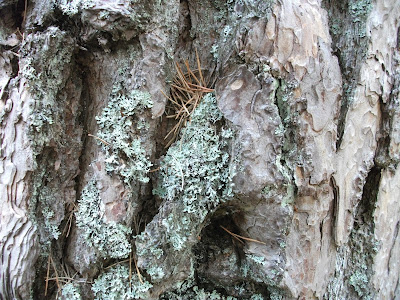 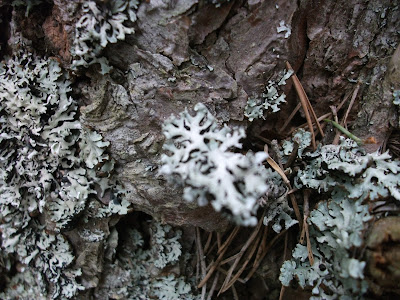 Some of them look truly ancient. 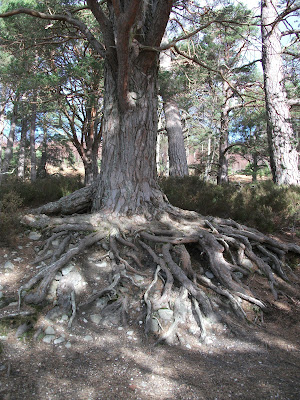 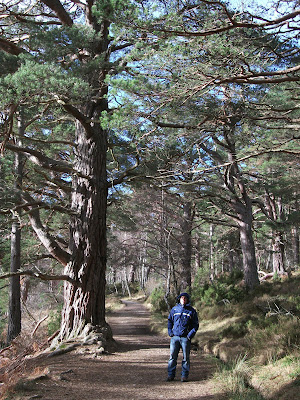 A little surprise at the end of the walk. 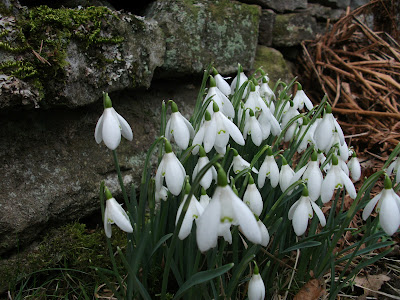