Autumn is most definitely here

I really did escape the wild weather last week, my fella and I got back last weekend from a relaxing week in Dorset. It was windy and there was some rain around but there was much more sun than rain. Certainly nothing like the terrible scenes of flooding and storms that we saw on the news up north. We went on holiday the same time last year (this is what happens when you live with someone who plays cricket all summer!) and we were in the midst of an October heatwave. Last year we stayed in gorgeous picturebox cottage inland from Lyme Regis but this time we wanted to be closer to the sea, so went for an amazing chalet on the cliffs overlooking the harbour with views to astound. Overlooking the rugged Cobb. 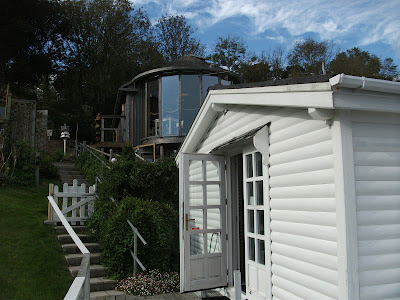 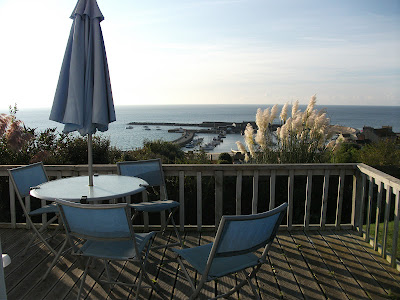 You can see the chalet on the cliffs in this picture on the right in the gardens of the brick house with the pointed roof. 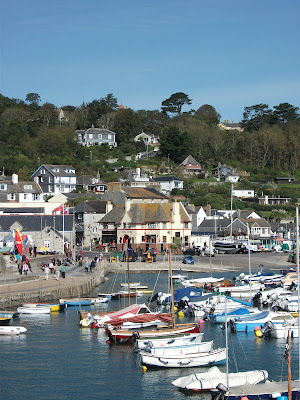 I have to say I've fallen in love with this part of the south coast, it is much quieter than Cornwall with some amazing coastal scenery. Obviously this is a gardening blog so I won't bore you with my holiday photos but I did some garden visiting whilst there which I'll post about in future blogs. We visited Abbotsbury Subtropical Gardens which have been voted Garden of the Year for 2012 and Alan Titchmarsh said "One of the finest gardens I have ever visited" and the great Mr T can't be wrong. We also visited a garden I've wanted to go to for a long time which was partly designed by Edward Lutyens and the garden heroine Gertrude Jekyll, Hestercombe in Somerset. I also did a bit of botanising as I was walking round, always on the lookout for wild flowers. Then looking them up when I got home! Sarah Raven's book on Wild Flowers is an amazing book which really helps me with identifying plants. The plants that astound me the most are the ones that you see on the edge of beaches. This thrift was on the edge of Chesil beach. 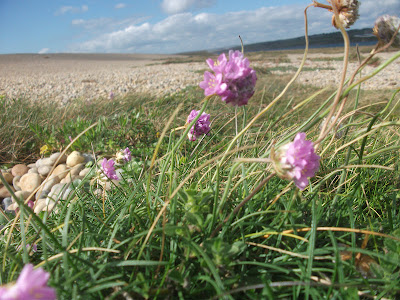 I think this is Sea Sandwort. 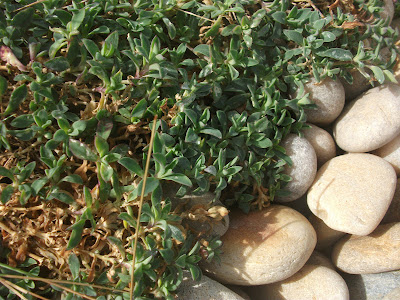 It was really hard taking some of the photos as it was so windy, even that close to the ground and so many of my pictures were a bit blurred but this is the Common Restharrow, apparently named as it develops such deep roots which are strong enough to stop a horse drawn harrow and apparently children in the north of England used to chew the roots like liquorice. 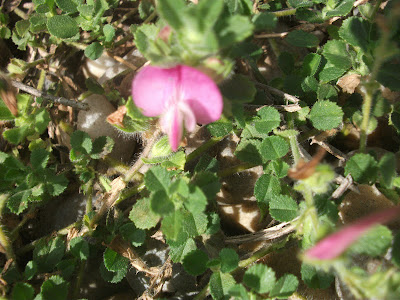 We also went to 'visit' the Cerne Abbas Giant. I probably should censor this photo. 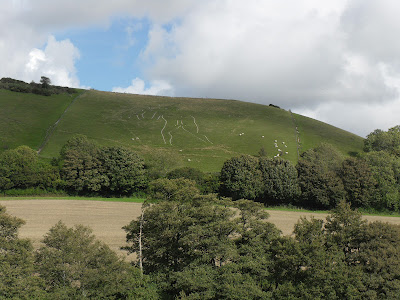 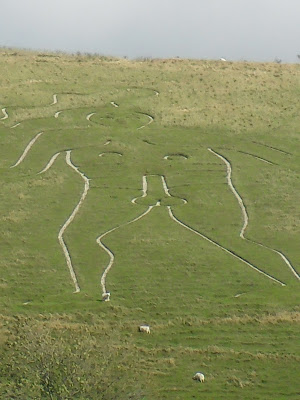 It is Britains largest chalk hill figure at 180ft. The carving consists of a trench 30cm wide and deep in the hillside into the underlying chalk. It is a contraversial figure as people are not completely sure when it was first made with initial suggestions that it has an ancient origin though its history cannot be traced back further than the late 17th century. Who it depicts is also a major argument with hypotheses ranging from a Saxon god, to Roman Hercules, to a mocking depiction of Oliver Cromwell in the civil war. The Victorians also revered it as a fertility symbol. Walking on the chalk hillside however was good for spotting some wild flowers like Scabious a very pretty wild flower, I think the top flower is the Devils Bit Scabious and the second is the Field Scabious. 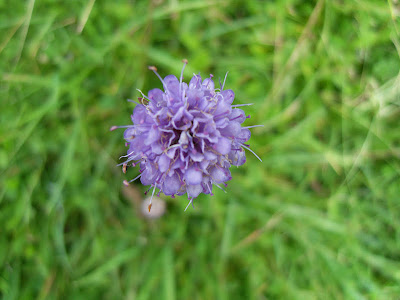 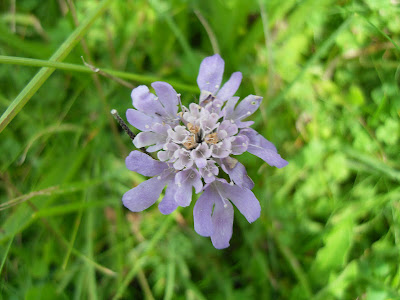 The Harebell and Hawkbit. 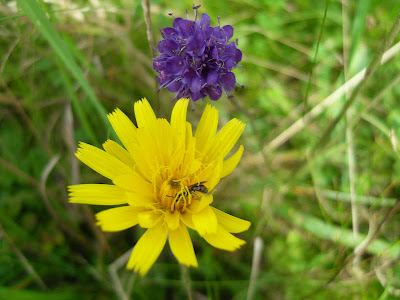 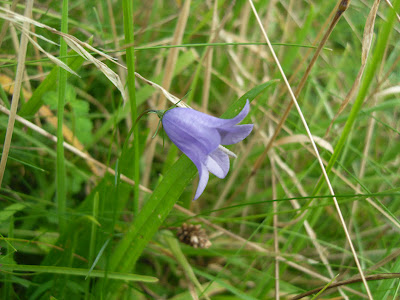 But the plant of the holiday was that lovely daisy, Erigeron karvinskianus, it was everywhere including in the garden of the chalet, in walls on the seafront and in the water channels in the lovely village just over the Devon border called Beer. 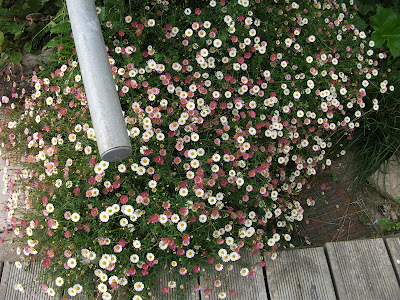 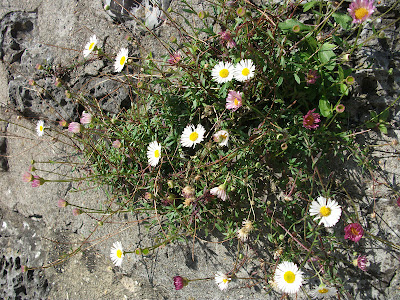 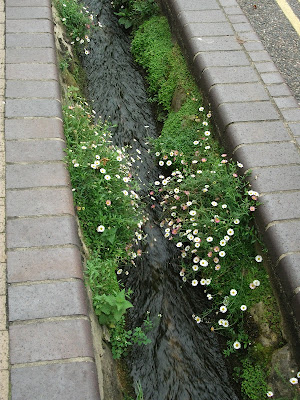 It also features very heavily in the garden at Hestercombe but more of that later...
Posted by Annie_H at 14:34