Where does the time go? Its mid-September, its dark when I get up in the morning, its getting cooler and it will soon be time for Strictly.....
But before the glitter ball starts to turn there are lots of jobs to be getting on with at the allotment and the best thing is that many of these jobs are harvesting followed by cooking of my home-grown crops. After all my complaining about slugs and cold weather and rain it looks like after all its not been so bad.
The plot in the late evening light is looking lovely, very mellow. 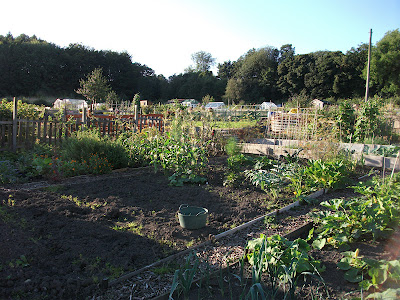 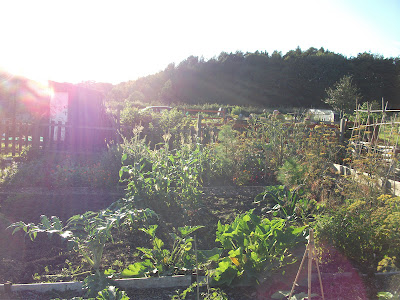 There is still plenty of colour on the plot. 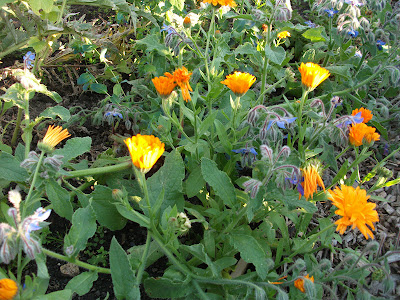 A while ago I harvested my garlic and it has dried nicely and its all ready for use over the winter months. It seems to grow well here, from a mid-January start, in modules before planting at the allotment in mid March. The variety is 'Isle of Wight' which I bought from Sarah Raven the year before and I saved my biggest bulb from last years crop to split and grow again this year. I will do the same for next year. 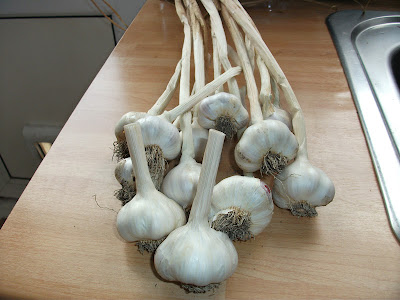 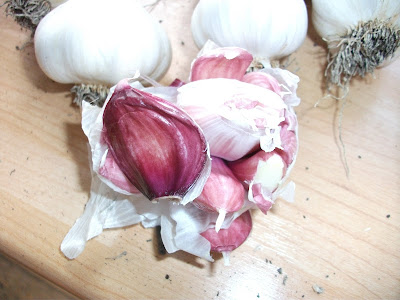 My Purple climbing french beans 'Cosse Violette' are flourishing and I've been picking for quite a few weeks now. Plenty to eat fresh and also for the freezer. 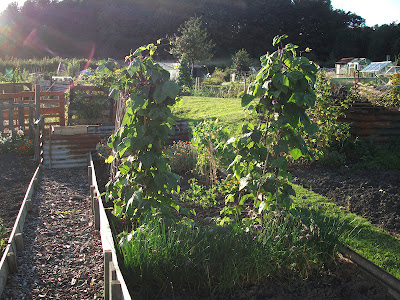 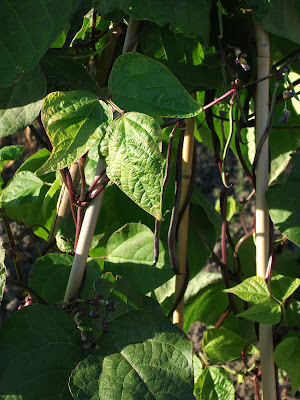 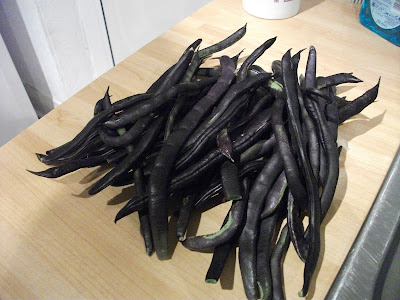 After a battle with the slugs I'm finally getting heads on my calabrese plants. So I'm sure I'll get a reasonable belated harvest from them. 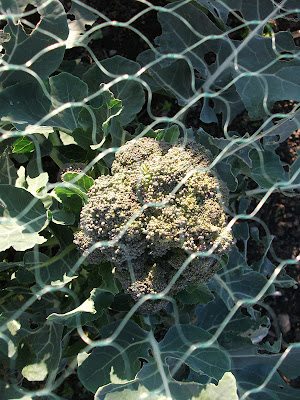 The leeks are coming on now and I'll soon be able to start harvesting them. 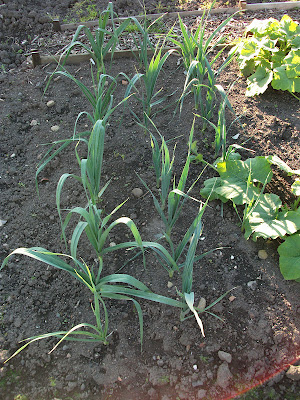 Last year my main disappointment was my sweetcorn, which is a big favourite of mine so this year I was determined to get some and so I made two sowings of them, potting on to a reasonable size before planting at the allotment so that they didn't get taken out by slugs. I grew a variety called 'Extra, tender and sweet' and they certainly are! I planted them in two blocks and they have done well, one block a couple of weeks behind the other in terms of harvesting, I sowed one batch in early April and the other in early May so the second batch almost caught up with the first batch and were bigger sturdier plants. I've picked many and the rest (that is the problem they tend to all be ready at the same time) I have frozen which I've found very easy and successful for sweetcorn. 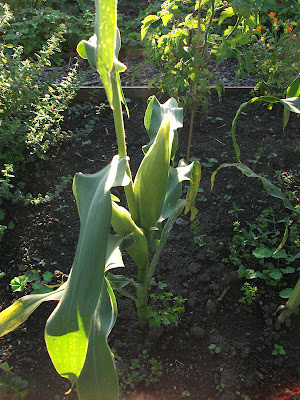 My squash and courgettes are really growing well now after a slow start. 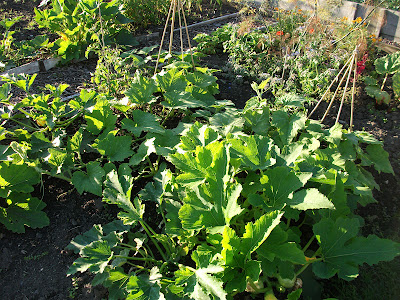 I'm not going to get many fruit off the squash though as they have started fruiting too late but the courgettes have been prolific as usual. I'm hoping I'll get some Patty Pan squash soon. 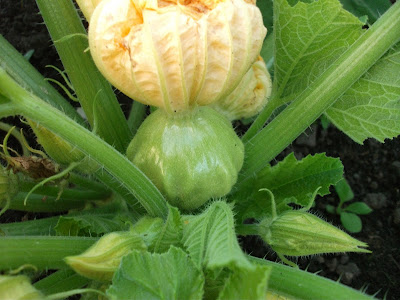 Plus I've just harvested one of my Trobocino squash. 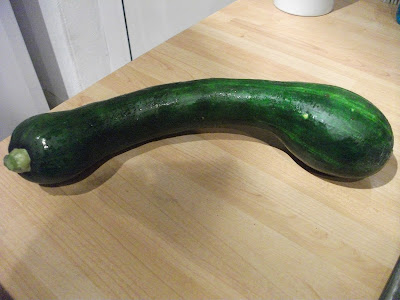 I took a picture of this monster pumpkin plant at my mums local farm shop. Though the pumpkin is nowhere near as big as last years. 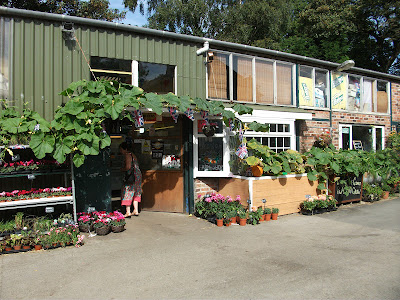 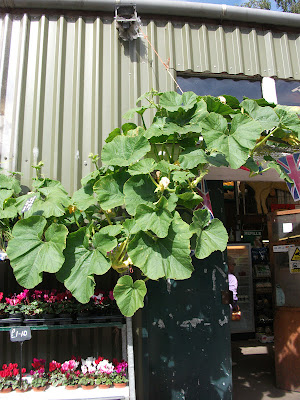 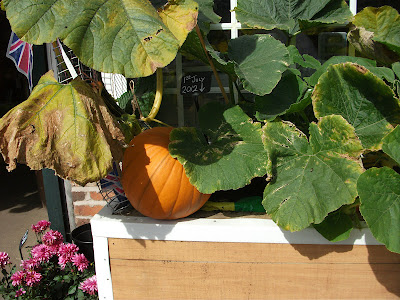 Finally I've talked about my alpine strawberries quite a lot here and this year I also sowed some yellow alpine strawberries (seed again from Sarah Raven) they have just started fruiting, the difficulty here is knowing when they are fully ripe! They go very plump and pale when they are ripe. Not sure they are as nice and pretty as my normal red ones though. But a bit different. 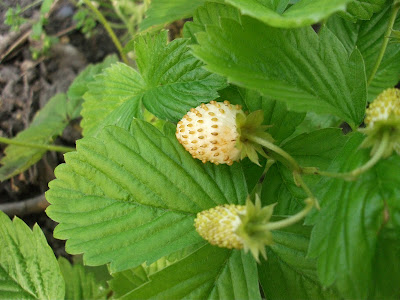