There is just one down side to this nice summer that we are having and that is that I've just not got enough time to be at the allotment and then write my blog and catch up with other bloggers. I can't complain too much though, I'm loving this weather, a bit of rain and then sunshine and everything is growing a treat, I'm gradually losing part of my plot under a mass of squash leaves and a bit of delicate management is needed. 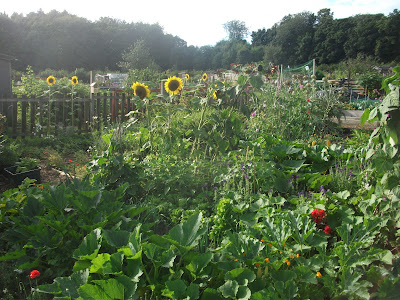 I'll update on my plot in the next post but its high summer and that means its that time again for the local allotment holders and gardeners to show off their immaculate vegetables at shows across the country. Last weekend it was the 68th Kirklees Summer Show, the Flower, Vegetable and Handicraft show. This year it is back at my local park, Greenhead Park, now that the park restoration has finished. Its been busy at my allotment site as many of the plot holders are also keen vegetable showoffs. 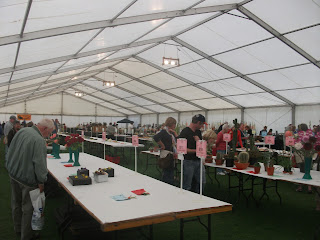 The show is also a host of the Huddersfield & District Fuchia and Geranium Society and The Yorkshire Gladiolus Society. Plus as well as vegetables and flowers there is also a section for home brews, wine and beer, jams, chutneys, cakes and also crafts.
The Huddersfield Allotments and Garden Federation also had a display, celebrating a summer of sport. 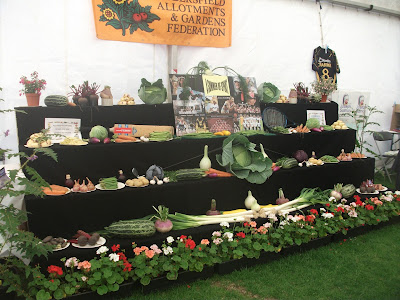 I just find it fascinating walking round and looking at the immaculate vegetables. 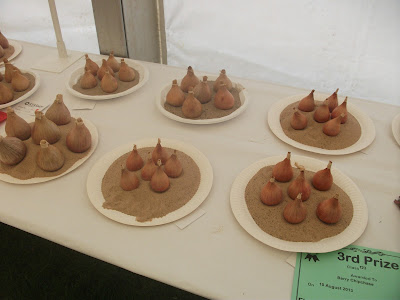 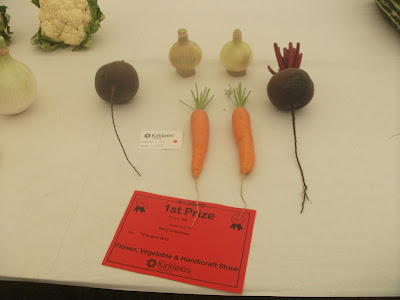 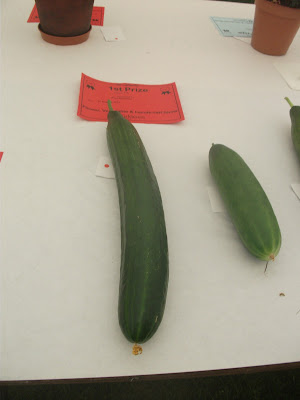 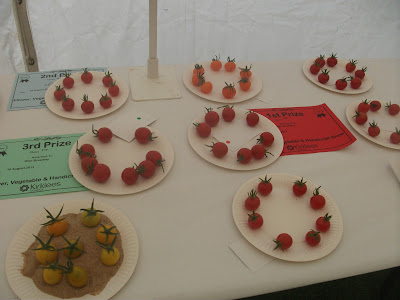 My plot neighbours both entered vegetables and/or flowers, I've been following the progress of some giant cabbages throughout the year, plus some huge onions and beetroot.
Here are the cabbages, he's grown them under enviromesh which apparently is a bit pricy but its quite durable and he'll be able to use it for a few years and there was no insect damage whatsoever on the leaves they really were immaculate, if too crazily big. 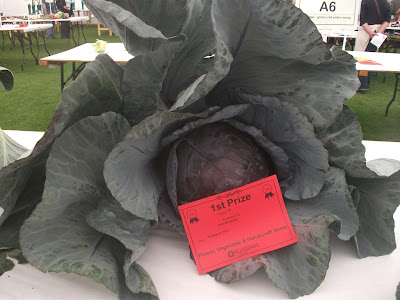 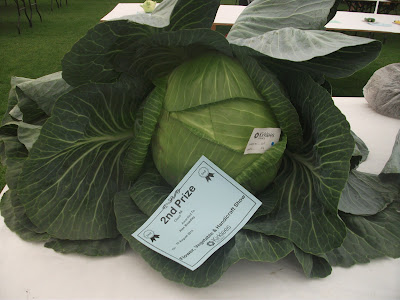 My other neighbour has super long leeks. 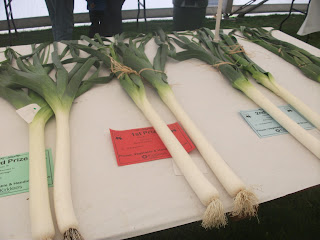 I made a contribution this year though, I was asked to donate some globe artichokes to enter a collection of vegetables as an allotment site. 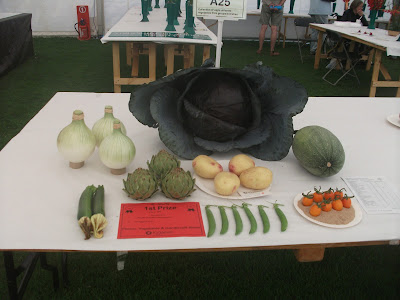 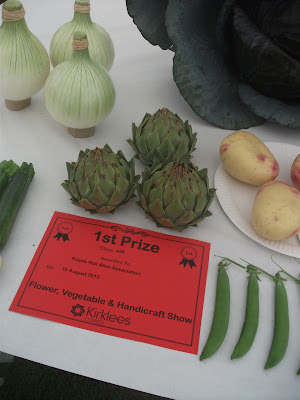 And look we won first prize!!

I'm thinking that this might have activated my competitive streak and maybe I need to enter something properly next year, we have a mini show at our allotment site in a couple of weekends time so I need to see what I can enter for that. You can see the competition that there is though.
I like the basket of vegetable entries the best. 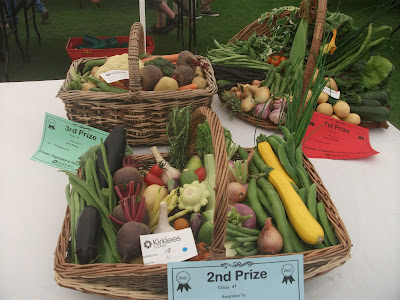 But the heaviest potato is just bonkers. 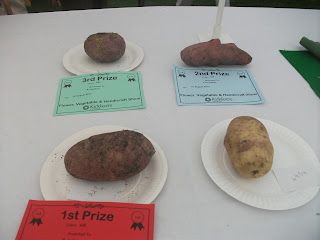 You do wonder how long these sorts of shows will keep going though, there weren't a huge number of entries (though there are lots of different categories) for each category. Are people really interested in growing to show so much any more, I understand wanting to grow things well and for crops to look healthy but all this biggest is the best idea I'm not sure. One thing is for sure they need to do something to attract younger people other wise it will die out. So it was nice to see a childrens section which I thought was lovely. They could exhibit vegetables that they have grown, a bunch of flowers, bake some buns, make a miniature garden, take a wildlife photo or make an animal out of vegetables, the last category really made me smile, especially the penguins made from aubergines. Genius. 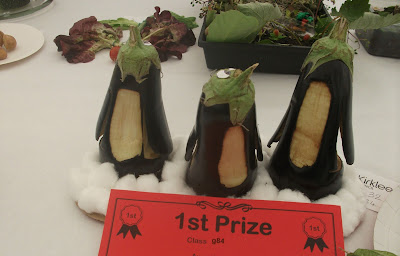 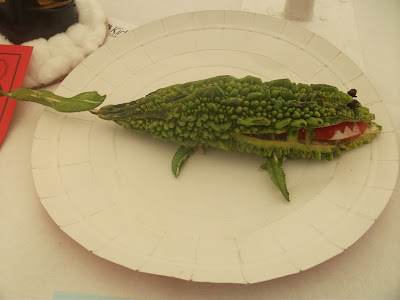 It was great to see lots of people enjoying a day out at Greenhead Park, they had a fun fair and rides around the park plus a band was playing in the bandstand. 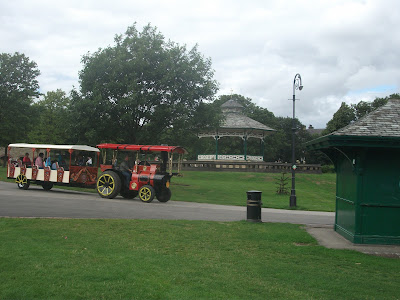 Unfortunately it was held on the same weekend as the Food and Drink Fair which is hugely popular now. Its held in St George's Square near the train station in the centre of town so I'm not sure people would do both, so maybe they need to rethink that next year.
Do you have your own local shows? Anyone tempted to grow things to show?