The pigeons didn't beat me!

After a bit of a disatrous start with the brassicas, the pigeons cleared them out initially but they have done OK (http://annieslittleplot.blogspot.com/2011/07/kaleidoscope-of-colour.html).  The first small plants I put in were completely shredded by the pigeons and once I realised that was what was eating them I soon invested in some netting. Luckily I had grown on more plants than I needed so had a second chance. I planted some Calabrese 'Belstar' which had lovely big heads and when I chopped the main head off they sprouted quite a few smaller ones. The Kale has been cropping for ages, I have planted two varieties, the Black Tuscan (Carvelo nero) and 'Scarlet' which has a hint of red so looks good too. I planted some cabbage 'Primo' which was OK but I should have just planted that later as its not really something I eat much of over the summer and would have been better as a winter crop. I also probably planted the purple sprouting broccoli too early too as I've been harvesing that off and on for quite a few weeks and I'm not sure how long that will last into the winter but we'll see. 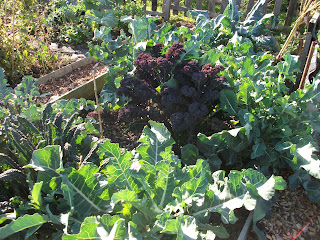 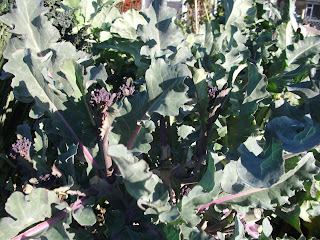 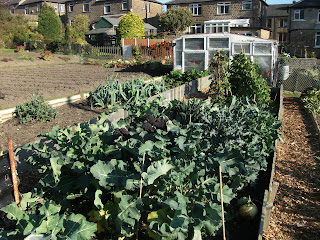 I'm particularly excited about my Romanesco broccoli, only a couple got past the seedling stage! Its the first time that I have grown that and I can't wait to pick this. 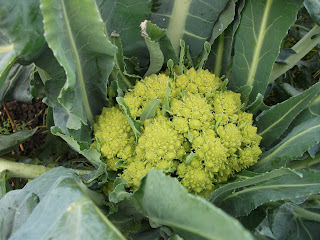