Under a blanket of snow!

Its started snowing in the early hours of Friday morning and its been snowing ever since. I thought we had a lot earlier in the year but this is incredible, made worse by a brisk wind which is causing big drifts. I walked up to the allotment this afternoon as I realised that I'd left the spade there and we needed it to clear some of the snow! It is one pristine view, you are can't even see where the raised beds are. 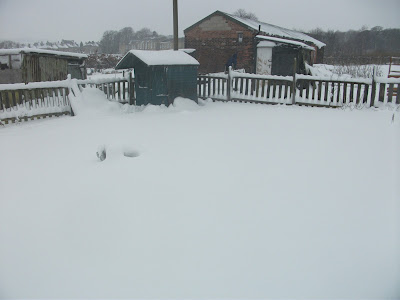 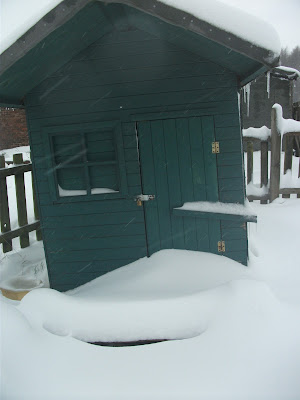 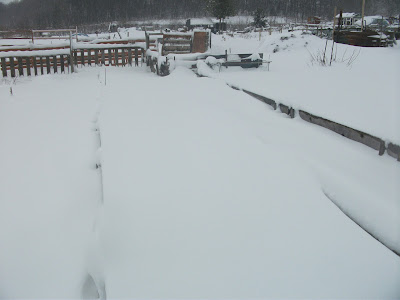 It was up to our knees in places. This is the most snow I've seen for a very long time.
In the garden I got the ruler out (sad I know) and on the lying snow on the bench it was 8 and a half inches, ~21cm. But it is much deeper than that where it has drifted. 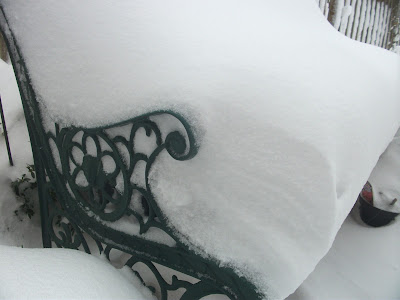 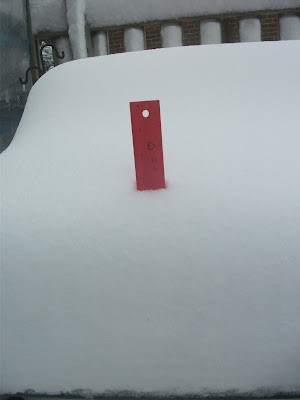 Poor Bob, I can't even show you any pictures of him as he is just not going out! But I can't blame him the path onto the grass is deeper than him. We've cleared a path to the side so he can at least get out. The snow is blowing into the back door making it hard to even get out of his cat flap. 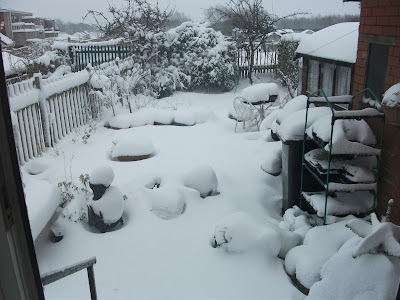 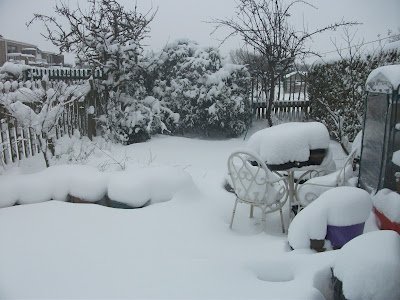 My poor sweet pea seeds, will be shivering in the mini-greenhouse. 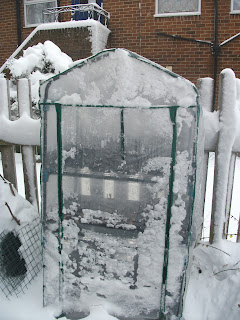 The front garden is covered too. 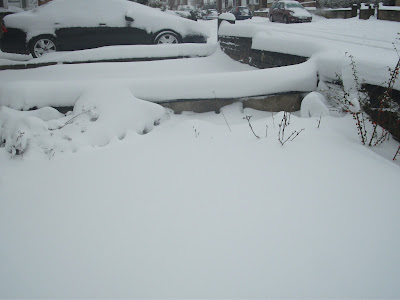 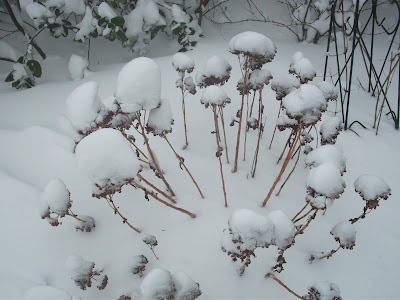 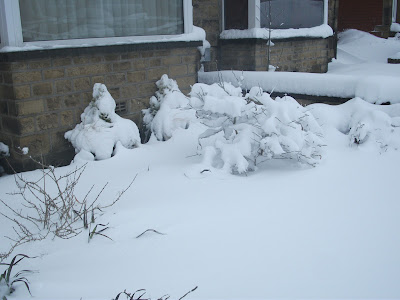 Looks set to stay for a while as well as staying cold most of the week. 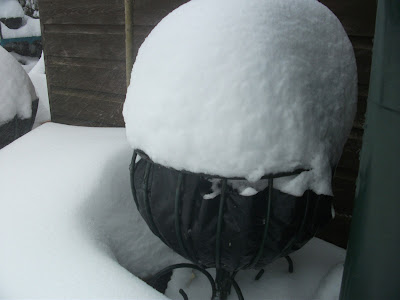 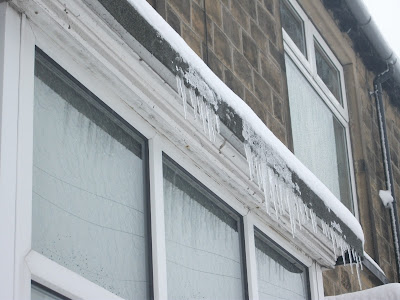 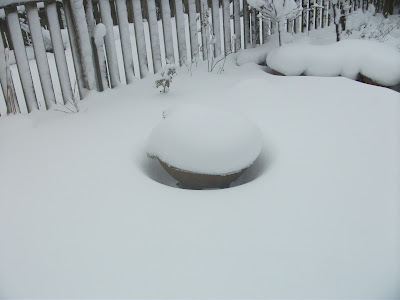 So I've lost the plot for a while so I'm taking advice from Bob and snuggling in for the rest of the day and he's an expert. 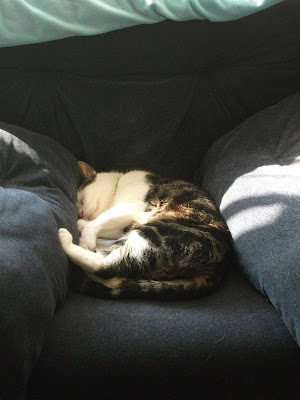