Race for the strawberries

Its still light at 10 o'clock I love it, so spending long evenings up at the plot, its fabulous. The allotment glows in the evening light. These photos were taken last week, its a bit grey today but sunshine is planned for the weekend, good timing for my trip to River Cottage. 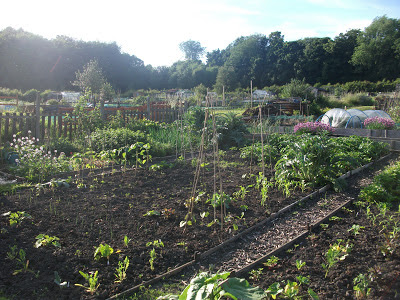 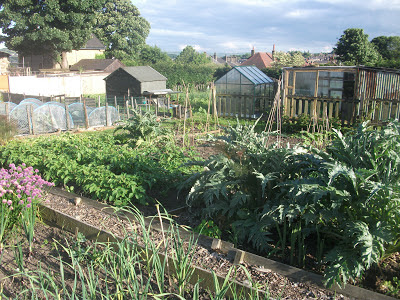 The allotment is flourishing at the moment, could do with it being a bit warmer at night still and the wind has been a bit annoying but I'm days away to harvesting some of the crops, the over-wintered onions are glistening, spinach is ready, strawberries ripening as we speak as are gooseberries and redcurrants, potatoes are flowering, suggesting that their starchy goodness is ready, broad bean and peapods are swelling and lettuce is hearting up nicely. Its a bit of a race to get the strawberries before the slugs, they seem to have become a bit more active again recently with the damp weather, I've had to lose some but overall I think I'm winning. 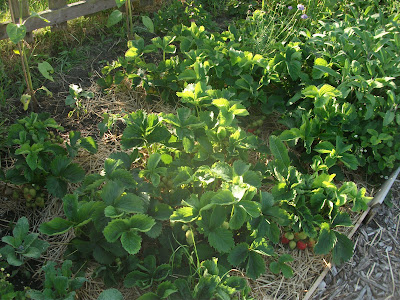 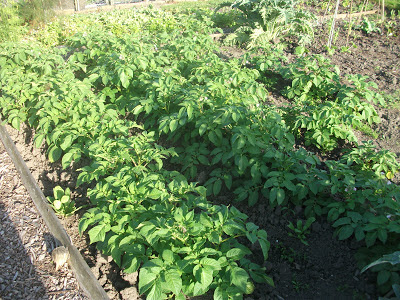 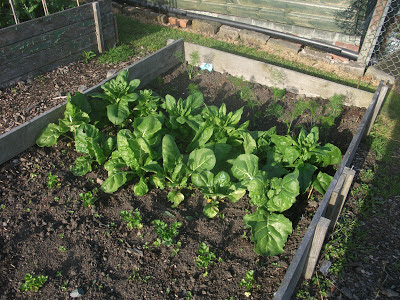 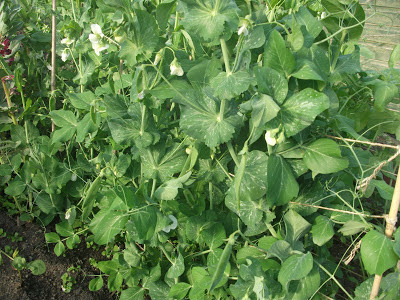 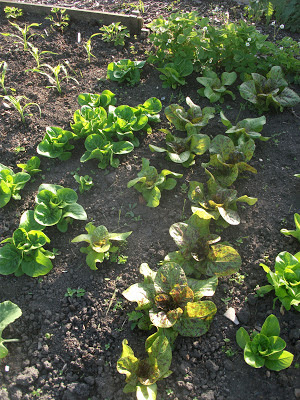 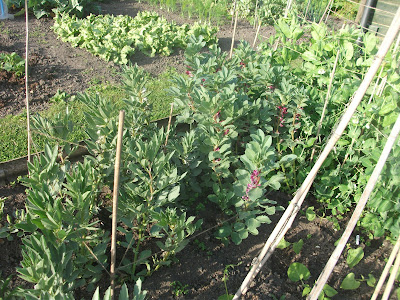 I'm growing some purple flowered broad beans this year which have done really well, and produce not only a lovely colourful flower which the bees are loving, but also have a lovely scent which wafts around as I work. 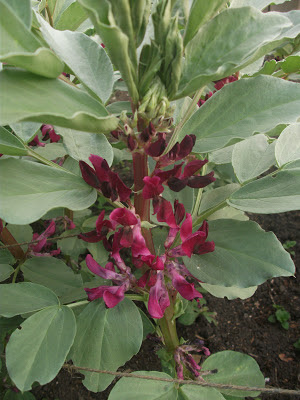 I've also got some things planted for future crops, I've some runner beans 'White Lady', some dwarf french beans, both green and yellow-bean varieties. There is some climbing french beans 'Cosse Violette' which were fabulous last year and I've just planted some Borlotti beans which have a lovely speckled pods and will be great to harvest for their beans which can be eaten fresh or dried for storing and can be used in soups and stews in the winter. 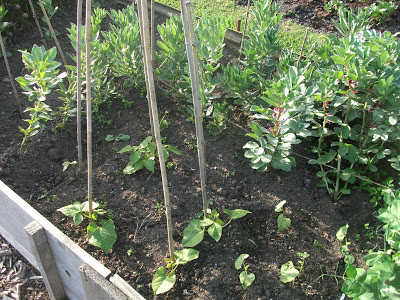 There are some squashes, a bit of a mixture here, I've planted some 'Blue Hubbard' and 'Crown Prince', which I've had good success with in the past. 'Uchiki Kuri' and 'Patty Pan' the latter of which I'm going to try growing up a wigwam. There is also a pumpkin 'Jack O'Lantern', never grown a pumpkin before. These have taken a bit to get going, another reason why we need some warmth. 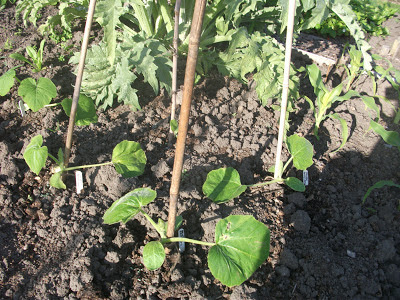 Here are my Brussel Sprout 'Titus', I'm determined that I'll have a few more winter crops this year so I've got some sprouts and I'm also soon to plant some red cabbage. 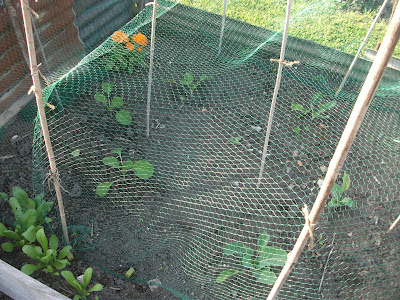 The leeks, another winter staple have now also gone in though admittedly a bit weedy looking at the moment I'm sure they will get going soon. 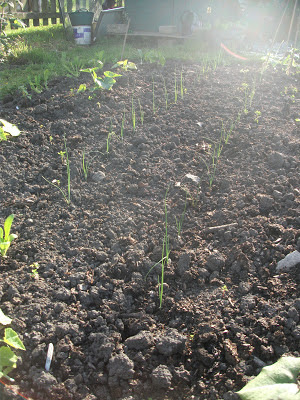 I've planted a few sunflowers which I've managed to get past the slugs this year and they are growing strongly now. 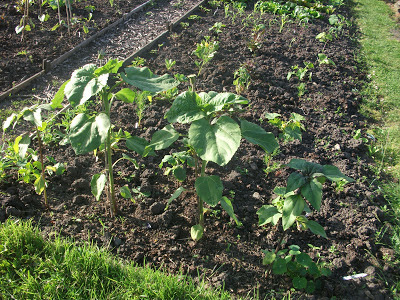 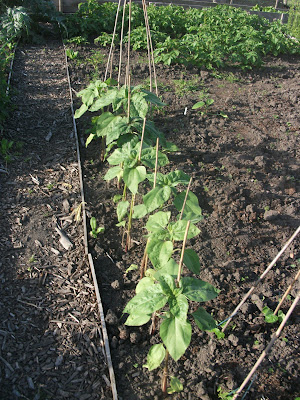 The Globe artichokes are starting to bud. 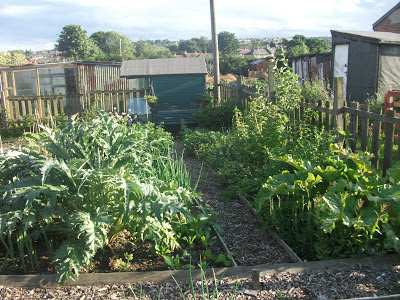 New for me this year is the Cucamelon, supposed to give you small sweet fruits. Not sure whether it will cope with being outside but will have to see, its starting to climb. 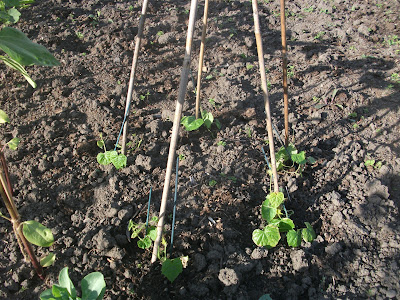 Anyway hope you are all busy harvesting the first delicious crops and enjoy the sunshine this weekend.