On a very blustery Saturday I managed a couple of hours up at my plot, this is only my second visit of the year, the weather has just been dreadful especially at weekends which is the only time I can get up there at the moment. It has been a very mild winter so far for Huddersfield, there have been a few frosts but not many at all, the rain and winds have been the main feature. Evidence of this is all around at the allotment as the annual weeds are still appearing albeit slower than normal. My garlic is growing well and starting to come up above ground which is earlier than normal for me. The over-wintering onions are looking well this year. 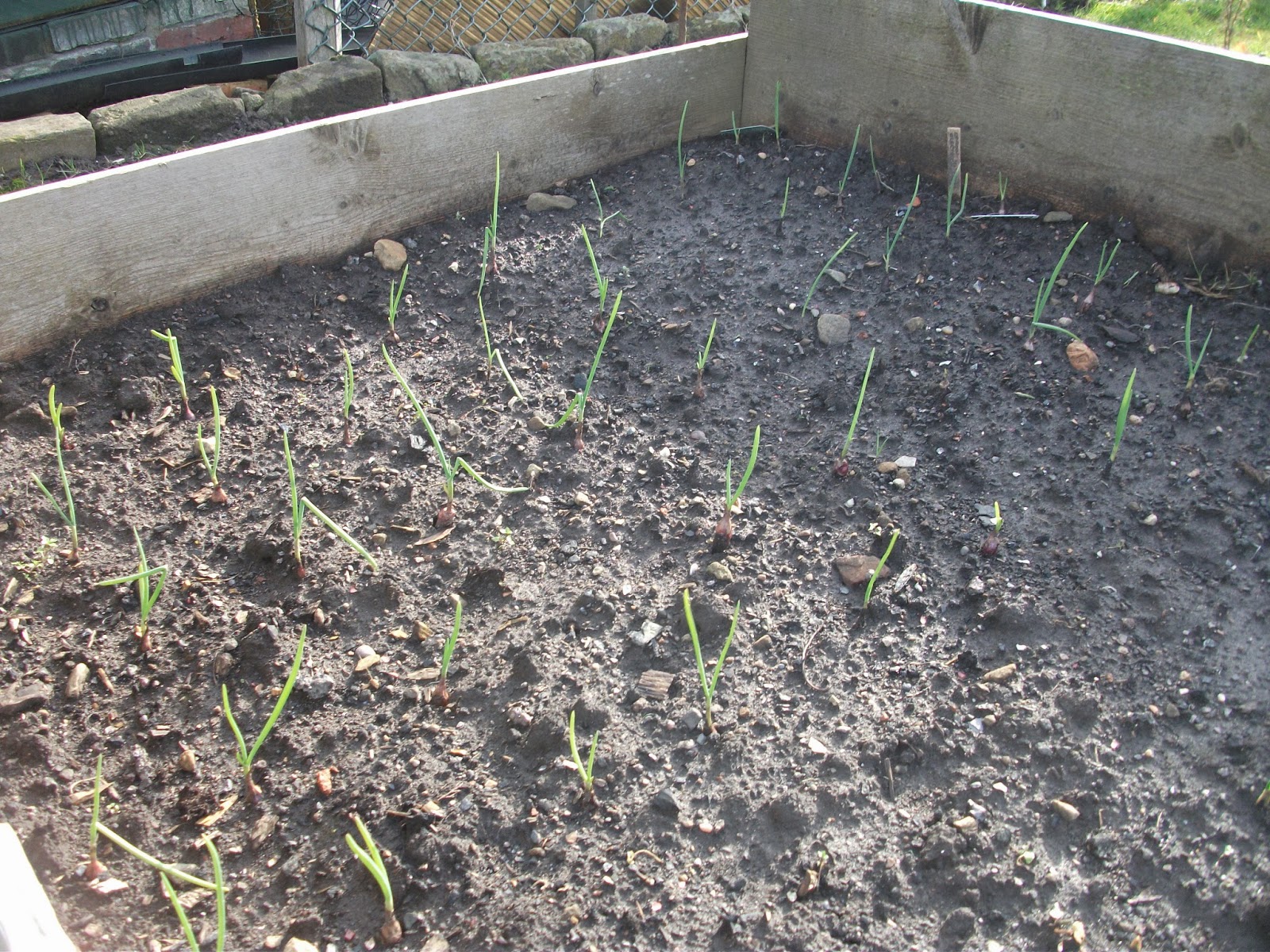 But I was surprised to see my rhubarb plants starting to unfurl their leaves. I know this variety is 'Timperley Early' but still..... 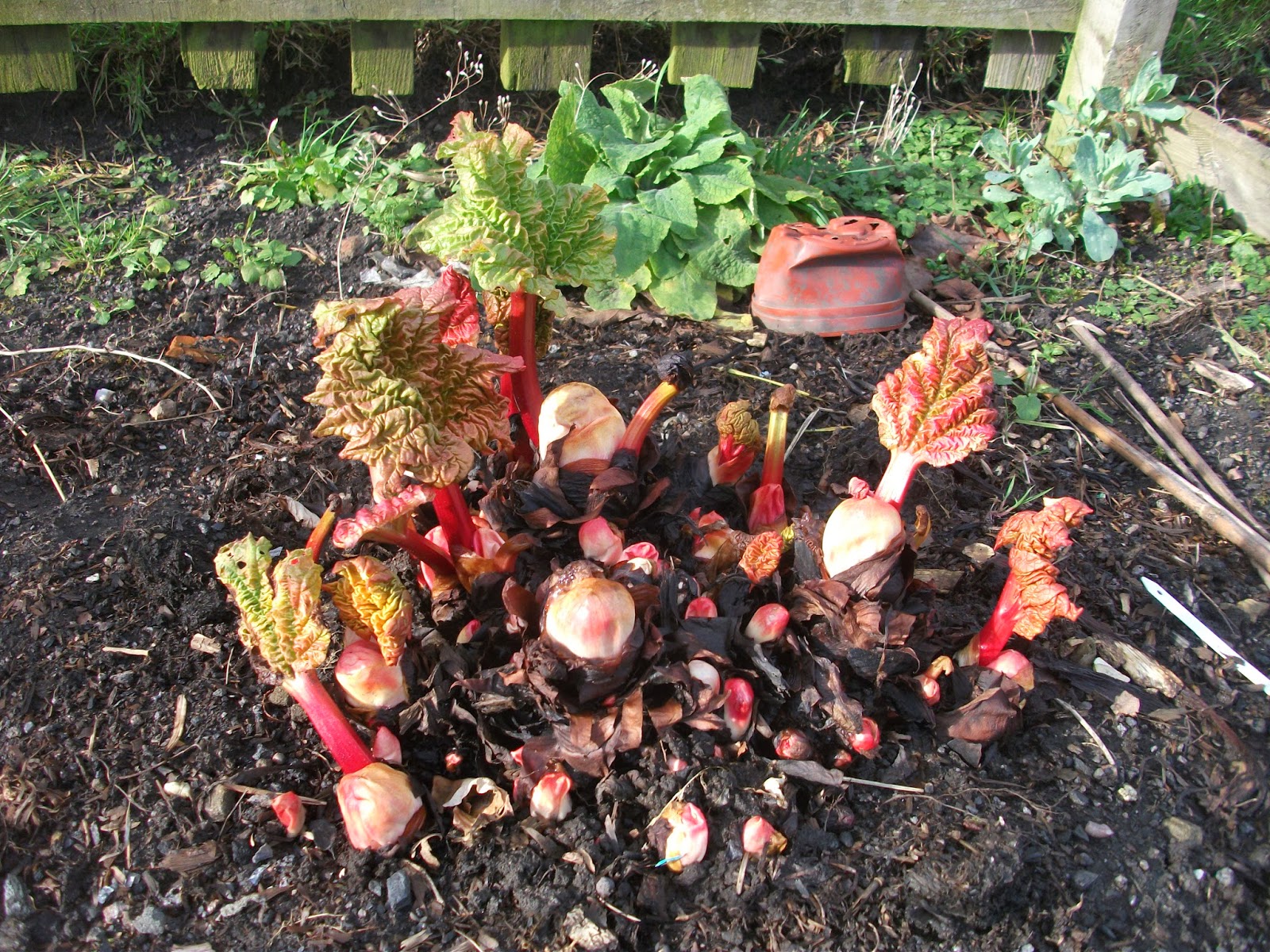 The plot is soggy though but at least not waterlogged. Apparently in Huddersfield we have had double the normal amount of rainfall in January, but really I have to say we have not had it anywhere near as bad as the some parts of the country. I've been looking through my posts from last year, so that I can write a review of the year, and its really different to last year when we had some bad snow showers but on the whole had a dry winter. Anyway more on that in my next post.
At home the greenhouse frame is now up and the glass is all cleaned and ready to go in when we get a less windy day. 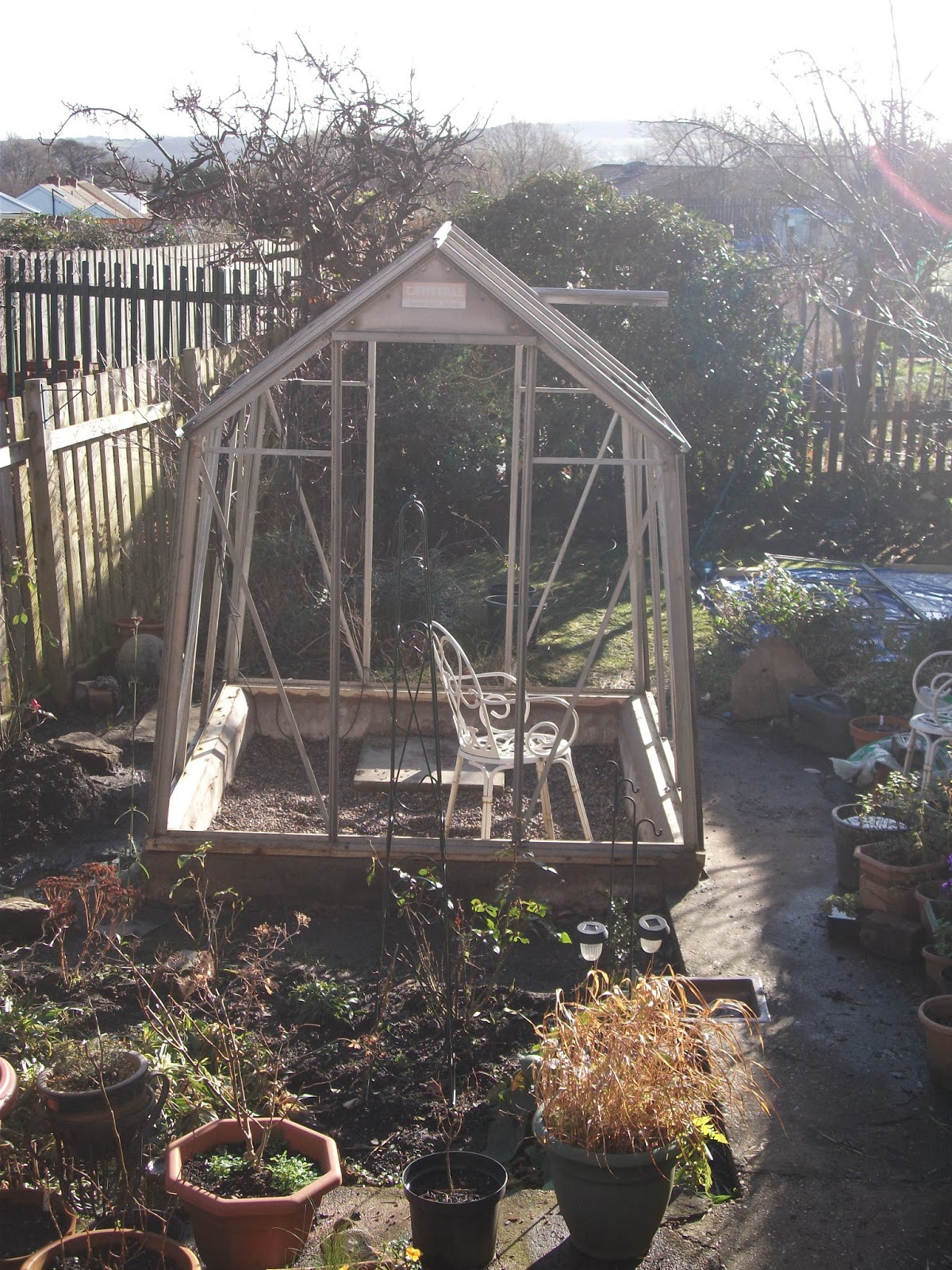 Its looking a bit imposing in the garden at the moment but once I can move things around and create more space around it it will look better. I can't wait to get it finished so I can start using it.


Finally some less good news this week, all allotment plot holders across Kirklees have received letters this week about price rises. We had been warned about this at our last allotment meeting, but we finally got the news in writing. Apparently the council have reviewed allotment rental prices across Yorkshire and found that the rents for Kirklees allotments are one of the lowest, I pay about £23 for the year, and because of this they want to increase our rents. They say other council rents range from up to £90 a year and the average is £50 so our prices are going to go up to bring them in line with "the current regional average". This is going to start next year where we will have a £10 rise over the next three years, plus the usual inflationary rise. So our rents will end up around £53 a year. There will be a 50% concession for OAPs but there is no mention of a subsidy for people on low incomes. Here's how it was reported in the local newspaper. My first reaction when I received the letter was its not right to just increase our rents because they are lower than in other regions! We had been told in the meeting that it was due to increased expenses for allotments for water rates and security for example and I could understand it a bit more if this was the case as I do realise that the council has gone to a lot of effort for many sites now with high fences round to improve security, but the letter just says its doing it to bring us in line with other areas. That doesn't feel right to me. They do say in the letter that all the income generated from the increased rents will be allocated to the allotments budget but will it? I'm not sure I believe them on that. Is this a slippery slope and are councils now just able to do this as allotments are so popular at the moment with long waiting lists? But then I step back and think is £53 really a high price to pay for a years hobby? For me its just an ingrained part of my life now and I love it so much that it is well worth the money for me. Its a really difficult one, but I know that it is something that is often mentioned in blogs and some allotment holders are suffering much more. For councils land is becoming a crucial commodity and with all the enforced council budget cuts many are looking at other ways to raise money and many are considering selling off allotments for housing or other developments, the most notable being the Farm Terrace allotment campaign. Unfortunately I think this is a story that will repeated at allotment sites across the country.