Time is flying I can't believe we are nearly into June. After a lovely April, May has not been quite so nice but at least we had some rain but the problem has been the wind which has been very strong at times. I've been a bit lax at keeping up with my blog recently but lots of things have been happening so I'm trying to catch up. So I'll try and post a few blogs over the next few days, one to catch up with what has been going on at the allotment and also my garden. Then I've also been to visit a few gardens so I'd like to talk about them and show some pictures. This week I've been down to the Chelsea Flower Show, the last time we went was in 2006 so I was really looking forward to it. As always I love the fact that we get at least an hours coverage on TV every night. Alan Titchmarsh back on TV doing what he does best talking about gardening.
Anyway I'll talk about that in a later blog, but first things first. My allotment. There has been a few disasters but some things are doing OK.
We had a frost at the beginning of May which damaged the tops of the potatoes. 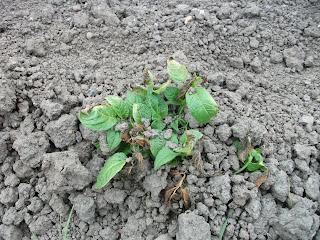 There has also been a problem with flea beetle on the radishes that I sown. 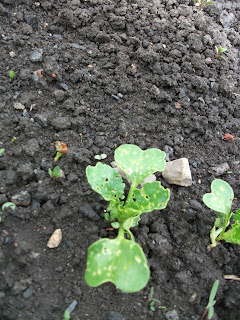 On a stormy night in May I planted two rows of Calabrese. 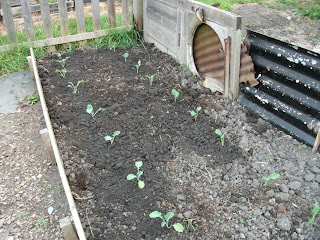 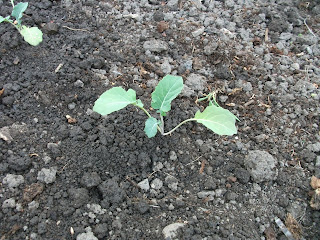 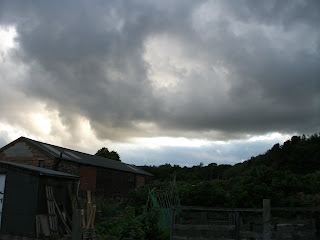 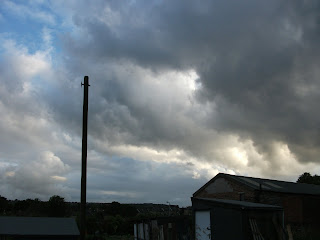 I didn't manage to get up to the allotment again for a week and this is what I found when I next got there! 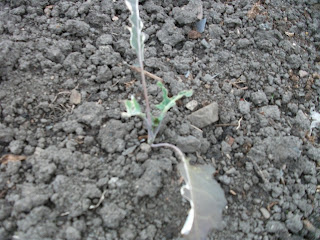 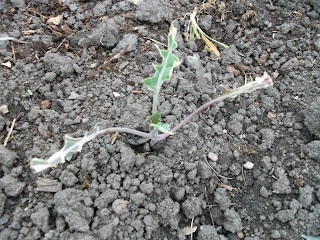 Bl.oody slugs! Luckily I didn't plant all the seedlings and have some back at home which I'm now going to grow into bigger plants which will hopefully survive some slug attack. This has been the first sign of slugs since I  got the plot but I guess that is due to the dry April. Will be much more vigilant now.
I had a long day on the plot on the 25th, there has been an explosion of weed seedlings, they seem to be some form of annual Euphorbia. They have ruined my sowing of carrots and parsnips, but the radishes have survived, despite the weeds and also the flea beetle. 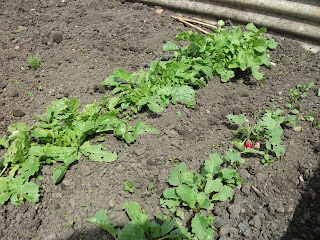 My strawberry beds are starting to fruit. 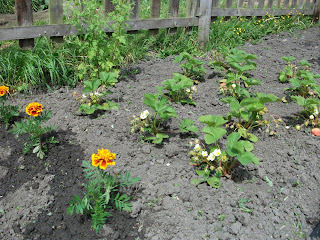 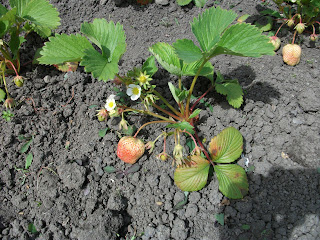 The runner beans have germinated and are coming through well. 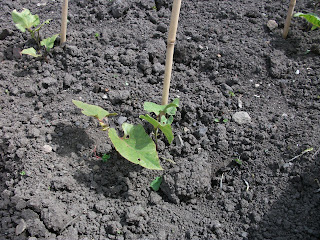 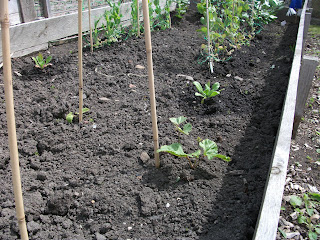 The potatoes have recovered and growing well now. 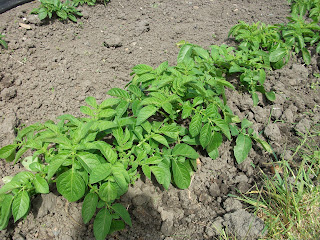 The Broad beans are starting to develop pods. 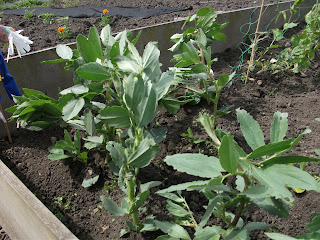 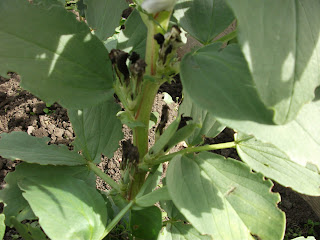 The shallots are doing OK but the onions not so good, only just really starting to grow now and not the best growth. 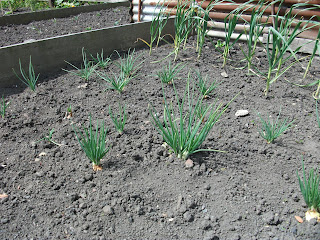 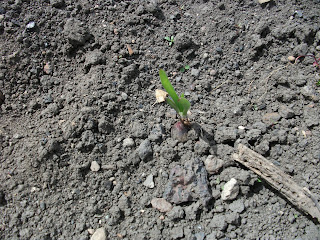 I had a thorough weed and then carried on digging over one of the new beds. 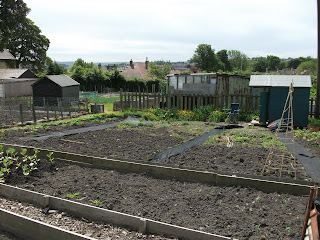 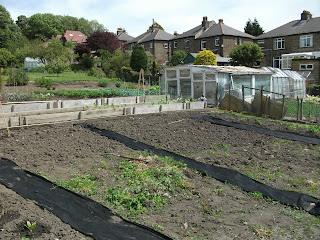 I need to get the strimmer up there soon though as I'm getting a great crop of buttercups! 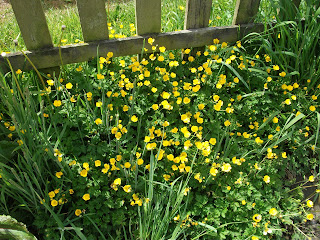 So thats where I'm up to with the allotment. I've also planted some more peas tonight and some flowers, some Ammi majus, Cerinthe major, sunflowers, Campanula persicifolia and Alchemilla mollis, plus the sweet peas.
Posted by Annie_H at 23:42